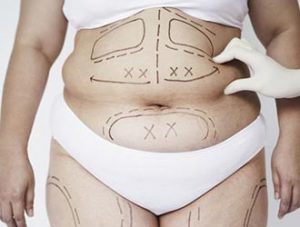 Obesity surgery is the name given to surgical interventions to eliminate obesity. It is also called bariatric surgery.

Obesity surgeries are performed with closed method and thus the patient’s healing process is shortened. There are 3 main methods in obesity surgery:

Gastric Bypass is an older type of surgery than other obesity surgical methods. Obesity is the most common surgical method. In the first stage, a small stomach of 30 millilitres is formed. For this, stomach tissue is used near the esophagus stomach junction. The small intestine is connected to this newly formed small intestine from a certain distance. There are two types of bypasses. In one type, the small intestines are attached to the stomach by bringing them into a ring without ever leaving. This is called ”Mini Gastric Bypass Buna. In the other species, the small intestine is separated and one end is attached to the stomach and the other end is connected to the small intestine only after a certain distance. This is called Roux en Y gastric bypass. Except for small technical differences, these two methods give close surgical results. The mechanism is both restrictive as the tube is in the stomach, so the patient can consume a more limited amount of food, as well as foods in the small intestine that are much more distant from the bile and pancreas enzymes that are poured into the duodenum. Thus, the breakdown and absorption of foods become more difficult and the mechanism of disturbing absorption is added.

The patient takes briefly little use and less than he eats. Here, the change in the hormones of the gastrointestinal system becomes more pronounced than the tube. Therefore, the sense of hunger decreases, the feeling of satiety increases and the blood sugar is more smooth. Advantages include 60-80% of excess weight. It is a method of limiting food intake. The gastrointestinal system affects hormones more pronounced. The tube is a reversible procedure according to gastric surgery.

The important point that patients need to know is that they expect a different life after the surgery. A low carbohydrate-high protein diet is recommended under the guidance of a nutritionist and a dietitian; After the surgery, patients can be satisfied with small portions and have no problem getting used to their new lives.