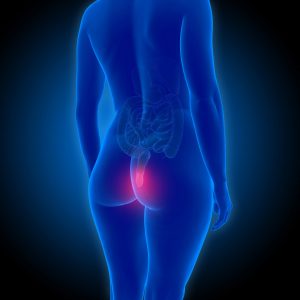 Hemorrhoids are called swelling and enlargement of the vessels in the area called the rectum, which is the last part of the large intestine, or in the region outside the anus. Hemorrhoids are common in adults. This disorder is seen in one out of every four people and is more common in people over 30 years old.

Symptoms and causes of hemorrhoids

A feeling of swelling and discharge in the breech, itching, burning sensation during defecation and irregularity in defecation, rectal bleeding are some of the symptoms of hemorrhoids.

First stage: A small bleeding can ocur at this stage without any sagging.

Third stage: It is the stage in which the hemorrhoid emerges from the anus. It can be pushed back to the anus by finger intervention.

Fourth stage: The stage in which the hemorrhoid hangs completely out of the anus. It cannot be pushed back by finger intervention.

It makes hemorrhoid surgery with laser preferable that it is a less painful and reproducible method, has high patient satisfaction, provides possibility of recovery and returning the normal life in a short time and of preserving breech tissue at the highest level and it has less complications.

In the operation performed under local, general, spinal and epidural anesthesia depending on the patient’s condition, the enlarged hemorrhoid cushions is entered through a thin laser probe and made bleed. The probe is then retracted slowly. In the meantime, thermal damage areas are created under the mucosa and sometimes under the anoderm by laser beams of 2-4mm depth and 6-8mm width with high heat properties. In this way, internal hemorrhoids are reduced and fibrotic tissue is formed under the mucosa.

In the operation, which lasts approximately 15-20 minutes, the patient is discharged after resting for 2-4 hours. 1 day after the surgery the patient can return to his/her daily life.

Ask a question about Hemorrhoid Surgery with Laser