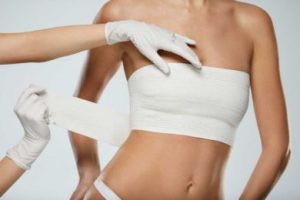 Cosmetic surgeries related to the size of the breast nipples are called nipple reshaping surgery.

Nipple reshaping surgeries are usually performed with breast-forming surgeries. The single-handed nozzle aesthetics is less done. When done alone can be done with local anesthesia. It takes approximately half an hour to one hour. The patient can return to her daily life the same day.

Inverted nipple is usually caused by short milk channels from the breast tissue or by pulling the muscle behind the nipple. Inverted nipple may be congenital or posterior. Due to the accumulation of secretions from the nipple and the difficulty of cleaning, there may be difficulties in breastfeeding with problems such as infection. The most important reason for this problem is the inability to develop milk channels. Since the milk channels are opened to the nipple, this part has to be turned inwards, making it difficult for the baby to catch the nipple and preventing milk flow. In addition, because it does not look aesthetically pleasing, it can damage one’s self-confidence and lead to psychological and sexual problems.

Inverted nipple is treated surgically. It is done under local anesthesia and lasts up to 1 hour. There are many surgical methods to correct this problem. The common point of all methods is to cut the bonds that pull the nipple and to provide temporary or permanent support under the nipple. In the majority of techniques performed during surgery, the milk ducts must be cut in order to pull the nipple out. If the channels are not interrupted, the nipple will still collapse after surgery. Because the main reason is pulling the nipple in the milk channels. Therefore, breast feeding is not possible in the future due to cutting of milk channels. Surgically removed breast tip is brought to normal anatomical positions. As a result, the operasyon is made especially for aesthetic concerns or appearance correction. Patients may return to normal life within few days after surgery.

Nipples grows more than normal, can occur in adolescence, as well as postpartum milking may occur. This procedure is usually performed with breast reduction surgery.

Such nipple size can also be seen in women with non-large breasts and can be achieved with an easy correction surgery. In such cases, the problem can often be corrected by small intervention performed under local anesthesia conditions. After the operation, a nipple can be obtained which has shrunk after the operation and whose sense is normal and the milk supply is intact.

Ask a question about Nipple Reshaping